I think I may have invented a new blogging genre

At least I have not been able to find one, except the reunion committee who copied ours because we share the same planner.

I set one up for my high school reunion...

Email ThisBlogThis!Share to TwitterShare to FacebookShare to Pinterest
Labels: reunion 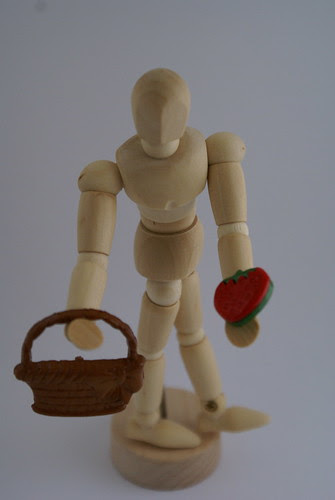 I built myself a white box / light box, and tried out a few shots... I thought this one a bit clever.

Here is what my handmade white box / light box looks like.. I have no idea if I did it right, I think I may have to put something on top but I am not sure I need to during the day! Will try later and experiment by adding tissue paper over the top when I actually use the clamp light I have. Kids Are Natural Cooks was one of my favorite cookbooks growing up, I found a hard cover for sale and it arrived today!
I love it, the illustrations are just as fascinating to me as I remember them being over 30 years ago. 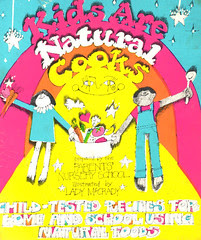 I am not sure if the person from whom I stole the meme wants to be known by all, so I will protect them unless I am told otherwise but I stole this from them...
One who shall remain nameless said:

I present to you... the iTunes magic 8-ball! Like so many other great memes, this one works with iTunes on shuffle play; simply focus hard on each of these ten questions whilst skipping tracks!

1) How do my friends see me? Kangaroo by David Gray


2) How will my love life be? Pura Vida by Strunz & Farah


3) When will I get married? Eject by Senser


4) What is the story of my life? Drifting Away by Faithless


5) What was high school like? Til Kingdom Come (Hidden Track) by Coldplay


7) What should I do with my life? Calender by Bishop Allen


8) How am I going to get ahead in life? What Go Around Come Around, Kid by Cypress Hill


9) Will I get far in life? Girl on the Wing by The Shins


10) Will I be happy? Quartet in E-flat Major, K.428 Allegrom non troppo by Wolfgang Amadeus Mozart

Who wants to steal the stupid meme from me? 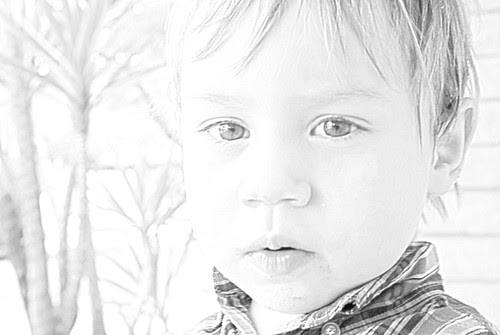 Playing around with paint.net

Email ThisBlogThis!Share to TwitterShare to FacebookShare to Pinterest
Labels: Squink

He wishes for the cloths of heaven

Had I the heavens' embroidered cloths,
Enwrought with golden and silver light,
The blue and the dim and the dark cloths
Of night and light and the half-light,
I would spread the cloths under your feet:
But I, being poor, have only my dreams;
I have spread my dreams under your feet;
Tread softly, because you tread on my dreams.

Email ThisBlogThis!Share to TwitterShare to FacebookShare to Pinterest
Labels: poetry

Because I am still fighting off vertigo and because I need help getting back in to the swing of things... stolen from Jek.

Copy the list and highlight/bold/color (whatever works for you) only the things that YOU have done yourself.

1. Bought everyone in the bar a drink - but there were like three folks there
2. Swam with dolphins
3. Climbed a mountain
4. Taken a Ferrari for a test drive
5. Been inside the Great Pyramid
6. Held a tarantula
7. Taken a candlelit bath with someone
8. Said “I love you” and meant it
9. Hugged a tree
10. Bungee jumped
11. Visited Paris
12. Watched a lightning storm at sea
13. Stayed up all night long and saw the sun rise
14. Seen the Northern Lights
15. Gone to a huge sports game
16. Walked the stairs to the top of the leaning Tower of Pisa
17. Grown and eaten your own vegetables
18. Touched an iceberg
19. Slept under the stars
20. Changed a baby’s diaper
21. Taken a trip in a hot air balloon
22. Watched a meteor shower
23. Gotten drunk on champagne
24. Given more than you can afford to charity
25. Looked up at the night sky through a telescope
26. Had an uncontrollable giggling fit at the worst possible moment - Sadly, more than once
27. Had a food fight
28. Bet on a winning horse
29. Asked out a stranger
30. Had a snowball fight
31. Screamed as loudly as you possibly can
32. Held a lamb
33. Seen a total eclipse
34. Ridden a roller coaster
35. Hit a home run
36. Danced like a fool and not cared who was looking
37. Adopted an accent for an entire day
38. Actually felt happy about your life, even for just a moment
39. Had two hard drives for your computer
40. Visited all 50 states
41. Taken care of someone who was shit faced
42. Had an amazing friend
43. Danced with a stranger in a foreign country
44. Watched wild whales
45. Stolen a sign
46. Backpacked in Europe - I wore a backpack and was in Europe, but i was staying at my dad's
47. Taken a road-trip
48. Gone rock climbing
49. Midnight walk on the beach
50. Gone sky diving
51. Visited Ireland
52. Been heartbroken longer than you were actually in love
53. In a restaurant, sat at a stranger’s table and had a meal with them
54. Visited Japan
55. Milked a cow.
56. Alphabetized your CDs
57. Pretended to be a superhero
58. Sung karaoke
59. Lounged around in bed all day
60. Posed nude in front of strangers
61. Gone scuba diving
62. Kissed in the rain
63. Played in the mud
64. Played in the rain
65. Gone to a drive-in theater
66. Visited the Great Wall of China
67. Started a business
68. Fallen in love and not had your heart broken
69. Toured ancient sites
70. Taken a martial arts class
71. Played D&D for more than 6 hours straight
72. Gotten married
73. Been in a movie
74. Crashed a party
76. Gone without food for 5 days
77. Made cookies from scratch
78. Won first prize in a costume contest
79. Ridden a gondola in Venice
80. Gotten a tattoo
81. Rafted the Snake River
82. Been on television news programs as an expert
83. Got flowers for no reason
84. Performed on stage
85. Been to Las Vegas
86. Recorded music
87. Eaten shark
88. Eaten fugu (pufferfish)
89. Had a one-night stand
90. Gone to Thailand
91. Bought a house
92. Been in a combat zone
93. Buried one/both of your parents
94. Been on a cruise ship
95. Spoken more than one language fluently
96. Performed in Rocky Horror Picture Show
97. Raised children - In Process
98. Followed your favorite band/singer on tour
99. Taken an exotic bicycle tour in a foreign country
100. Picked up and moved to another city to just start over
101. Walked the Golden Gate Bridge
102. Sang loudly in the car, and didn’t stop when you knew someone was looking
103. Had plastic surgery
104. Survived an accident that you shouldn’t have survived
105. Wrote articles for a large publication well, large circulation...
106. Lost over 100 pounds
107. Held someone while they were having a flashback
108. Piloted an airplane
109. Petted a stingray
110. Broken someone’s heart
111. Ridden a bike
112. Won money on a T.V. game show
113. Broken a bone
114. Gone on an African photo safari
115. Had a body part of yours below the neck pierced
116. Fired a rifle, shotgun, or pistol
117. Eaten mushrooms that were gathered in the wild ** updated 4/08 **
118. Ridden a horse
119. Had surgery
120. Had a snake as a pet
121. Hiked to the bottom of the Grand Canyon
122. Slept for more than 30 hours over the course of 48 hours
123. Visited more foreign countries than U.S. states
124. Visited all 7 continents
125. Taken a canoe trip that lasted more than 2 days
126. Eaten kangaroo meat
127. Eaten sushi
128. Had your picture in the newspaper
129. Changed someone’s mind about something you care deeply about
130. Gone back to school
131. Parasailed
132. Petted a cockroach
133. Eaten fried green tomatoes
134. Read The Iliad and The Odyssey
135. Selected one important author who you missed in school, and read
136. Killed and prepared an animal for eating
137. Skipped all your school reunions
138. Communicated with someone without sharing a common spoken language
139. Been elected to public office
140. Written your own computer language
141. Thought to yourself that you’re living your dream
142. Had to put someone you love into hospice care
143. Built your own PC from parts
144. Sold your own artwork to someone who didn’t know you
145. Had a booth at a street fair
146. Dyed your hair
147. Been a DJ
148. Shaved your head
149. Caused a car accident
150. Saved someone’s life

I was playing outside with the Squink, we were tossing around some lemoranges (it is the weirdest fruit tree, because it is either a lemony orange or an orangy lemon)... but, that is not the point.

So, we live in this desert, this desert has cacti, we happen to have many varieties of said cacti in our yard...

can you see where I am going with this?

Well, I was trying to see if we had any cochineal on a cacti when Squink grabbed the cactus pad with his hand. Now, please don't think large needle like spines (thorns), think little fuzzy ones in clumps, almost hair like... all over his left hand.
He kept saying "pinch you" and crying, not quite understanding why I could not make it feel any better... Finally I got him to take a nap... not with my heart feeling like it was breaking with the tears streaming down his face as he kept trying to touch things with his hand.

He is doing much better now, (about 5 hours later) but he is still favoring it, holding his fingers spread out because the little buggers got in every nook in cranny a hand can have.

Can I explain how heavy my heart feels at having so little I can do to make him feel better? And the mantra I have been repeating to myself about how this is just what kids have to learn when they grow up here... well, it just isn't helping.

because the two things I could do to help he won't let me do...

BTW - best way to help when this happens is to first pull out clumps with tweezers and then put glue (or hot wax for faces) on and let it dry then peel it off.